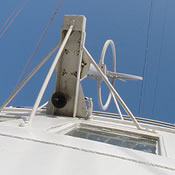 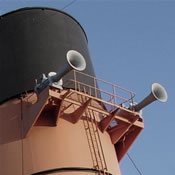 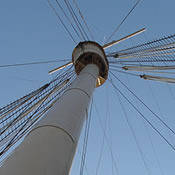 The RMS Queen Mary, the new flagship of the Cunard-White Star Line, sailed on her maiden voyage from Southampton to New York on 27 May 1936. In August 1936 she gained the Blue Riband, for the fastest Atlantic crossing, quickly establishing herself as one of the most popular liners on the North Atlantic run. With the outbreak of the Second World War the Queen Mary was requisitioned by the British Government and converted to a troop ship. After a post-war refit she returned to commercial service, later joined by her sister ship the RMS Queen Elizabeth. For two decades the Queens maintained an express service across the North Atlantic, facing increasing competition from air travel. Put up for sale by the Cunard Line, she was purchased by the city of Long Beach, California. The Queen Mary departed Southampton for the final time on 31 October 1967. Today, the Queen Mary serves as a hotel and tourist attraction, nearly eighty years after she was launched, and has spent longer in retirement in Long Beach than in commercial service with the Cunard Line. Navigate this website using the menu links to discover the RMS Queen Mary story.